The Panopticon: CCTV in the 18th Century 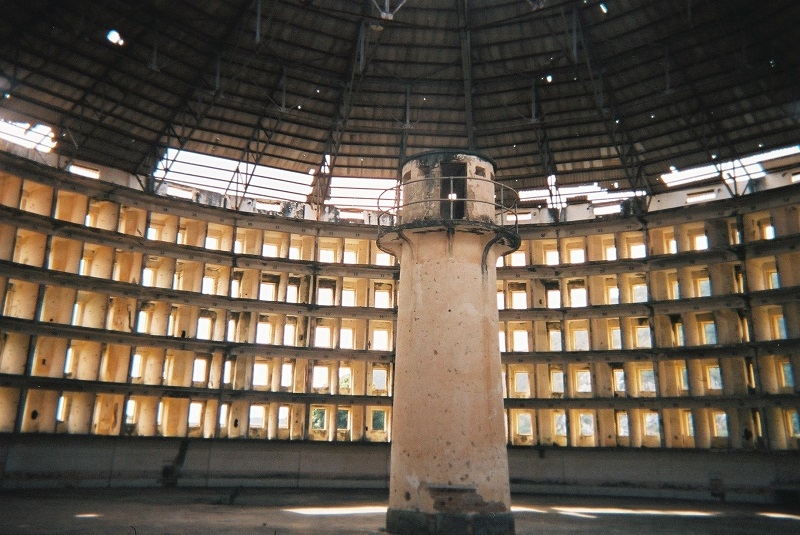 The Panopticon (from the Greek: all-seeing) is an 18th Century architectural concept intended for covert surveillance. It comprises an outside circle of cells, which houses the inmates. In the centre stands a circular tower where sits a watchman, hidden behind shuttered windows. Between the cells and the tower is neutral, unused ground.

The inmates can't see the watchman, but he can see them under the bright light of a rotating lamp. The inmates know they're not always being watched. But they don't know when. Thus they will behave as if they are under constant surveillance.

You might wonder who would ever devise such a sadistic idea? Here's a surveillance tool which allows the State to watch its subjects without their knowledge. Transmission of power is all one-way, benefitting the State. The post-structuralist philosopher Michel Foucault described the Panopticon as a "glorious, cruel cage", but a perfect means of producing power from knowledge.

In fact, we have an English philosopher, Jeremy Bentham, to thank for the Panopticon. Born in 1748, Bentham was a founder of modern Utilitarianism. He advocated that the greatest good for the greatest number of people is the only ethical way for society to conduct itself. In Bentham’s model of Utilitarianism, every action has an outcome which can be measured in up to 12 different shades of pain and 14 of pleasure.

This predilection for applying reason to the emotional states caused by suffering and joy also defined Bentham as an early advocate for animal rights. He understood animals had to be killed for food but argued they should not suffer. That he was considered an eccentric recluse is illustrated by the catchy name he gave his cat: The Reverend Sir John Langbourne.

So what were Jeremy Bentham’s views on privacy? In some respects, he aligns himself with the GDPR. He believed transparency had a moral value, leading to a greater happiness for the populace. Happiness in Bentham’s eyes could be reduced to a simple mathematical sum where pleasure is always greater than pain. This concept he called his ‘greatest happiness principle’.

Transparent journalism places the powerful under a moral microscope. But Bentham wanted to extend this further. He wanted everyone’s lives to be transparent - from commoners to royalty - and he believed this could be achieved through mass surveillance. Bentham envisioned the perfect world as one where every “…gesture, every turn of limb or feature, in those whose motions have a visible impact on the general happiness, will be noticed and marked down.” Through providing a greater understanding of human behaviour, surveillance could better the world.

Bentham hoped to create a utilitarian code of law which would use his ‘greatest happiness principle’ as a cornerstone. He perceived the panopticon foremost as a prison for surveillance of its inmates.  In correspondence, he described it as “...a mill for grinding rogues honest.” He even planned for the inmates to occupy themselves with menial work to help pay for their keep.

The Panopticon - Blinded by Ambition

Bentham also wanted his Panopticon design to be used for schools, workhouses, factories and hospitals. His intentions were pure but his ideas were impractical. Bentham spent 20 years of his life and much of his fortune designing his Panopticon. To his chagrin his life's ambition was never built.

A few prisons, such as Kilmainham Gaol in Dublin, have been described as panoptic. But their barrel-vaulted designs and absence of a central viewing tower disqualify them as true panopticons. The closest in design to a panoptic prison is the Presideo Modelo in Cuba (see below), finished in 1928 and since closed. Its design is based on an annular ring with a central tower, but it is still not a true Panopticon.

The Panopticon, according to Bentham’s precise intent, never progressed beyond the drawing-board. Bentham’s failure to realise his dream lead him to harbour a crushing resentment with the authorities, whom he believed had let him down. He died in 1832, an avowed atheist and a bitter man. As per his wishes, his body was dissected and preserved as an auto-icon in case his friends might miss him. His clothed skeleton is on public display at University College, London.

The Panopticon as a Metaphor for Modern Surveillance

It’s not too much of a stretch to view the Panopticon as a precursor to modern day CCTV. With both, you have a central point of inspection. But while CCTV cameras are visible, the human eyes behind them are not. Concealed also is the observers' location, which could be anywhere. Like Jeremy Bentham, the Government believes that some activities are best supervised. The usual excuse given for CCTV surveillance is protection from terrorist acts. But who knows the real reason?

It’s the asymmetrical visibility between watchman and inmates that defines the Panopticon as a symbol of oppression. Pre-Edward Snowden, surfing the Net was not panoptic. We were unaware we were being watched, so our behaviour went uncorrected. But today we’re tech-savvy. According to this article in the Independent, GCHQ collected information on “every visible user on the internet.” That’s not just whistleblowing, it is mind blowing.

Today the Panopticon sounds less like an architectural concept and more like a monster from Greek mythology. As a metaphor for modern surveillance it has become a living and breathing creature. Huge, pervasive, multi-tentacled, its one dead eye watches us through a state-sponsored lens.

If you would like to discuss the panoptic impact of GDPR on your organisation, please get in touch by calling 0203 2878 243 or emailing info@priviness.eu.

Read more about Jeremy Bentham, Utilitarianism and the Panopticon:

What does the Panopticon mean in the age of digital surveillance? By Thomas McMullan. The Panopticon - UCL. Jeremy Bentham, his life, his work and his head!, by Stephen Liddell. Foucault and His Panopticon, by Moya K. Mason

Image by I, Friman. 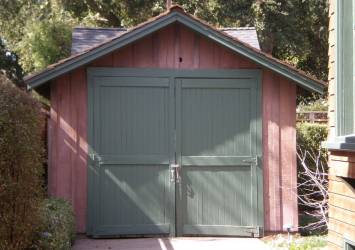 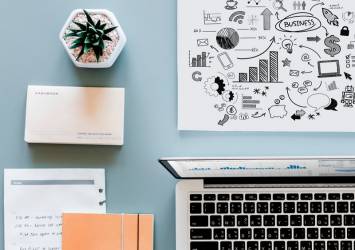